A Love Letter to the Sentence

I hit a writing wall. I could construct a narrative and cast characters, but I didn’t enjoy the sentences I wrote. I didn’t know if they communicated what I thought they did. I could write one I liked every now and then, but I want to write well on purpose, not by accident.

I teach English. You’d think I’d know how to write well. Yet, my education, and I expect this is true for many others, did not focus on sentence writing per se. In school, we got stuck on the meaning. We’d read something and discuss why it matters but not how the author constructed the individual sentences. My writing workshops also focused on the macro: character, plot, setting, premise, pacing, etc. but rarely focused on what June Casagrande calls the “microcosm of written work”: the sentence. Discussing grammar and syntax consumes a lot of workshop time, and, arguably, that time is better spent on other concerns. But communicating clearly starts at the sentence level, and if those problems aren’t resolved, other issues will follow. Photo by Kelly Sikkema via Unsplash

In high school, my ceramics teacher taught us how to “throw on the wheel.” He sat at a pottery wheel, pressed the pedal, and pushed his hands into the spinning clay. Once he “centered” the clay, he stared at us, like, See? I didn’t. Not until I tried. When I pushed my hands into a new ball of clay, I felt something off. Had I raised that uncentered clay, my walls would have been uneven. Uncentered clay leads to poorly constructed pottery, like badly written sentences lead to poorly constructed prose.

Stephen King wrote: “…[W]hile it is impossible to make a competent writer out of a bad writer, and while it is equally impossible to make a great writer out of a good one, it is possible, with lots of hard work, dedication, and timely help, to make a good writer out of a merely competent one.” I don’t quite buy this argument. Maybe that’s because I pray I’m a “competent” writer who has a shot of becoming “good.” But I’m not one to settle. I want to be great. So, for the past six months, I studied sentences and read half a dozen craft books. I interrogated the structure and language of my sentences and of those from authors who write well. I noticed my insecurities and ego played a big part in my writing.

Doubt enters our writing by way of clutter and redundancies. We make choices that have nothing to do with improving the quality of our writing. Instead, we sometimes make them with our egos in mind. One of my students, for example, convinced himself that he had to use the word “whilst” instead of “while” because “whilst” sounded smarter and, in his words, “fancier.” This is not just a sixteen-year-old’s logic. We make poor writing choices—like having an abundance of unnecessary adverbs, adjectives, adverbial speaker tags, etc.—without a clear idea of why we’re making those choices. Photo by Hannah Olinger via Unsplash

Verlyn Klinkenborg says every sentence could have been another way but isn’t. We must distrust false sentences and write the right ones. How do we recognize the good from the bad? Hunter S. Thompson rewrote F. Scott Fitzgerald’s The Great Gatsby so he could feel what it was like to write a masterpiece. This year I’ve taken on a beast of a project: a memoir. Mary Karr says great memoirists sound on the page like they do in person. I pulled thirty memoirs off my bookshelves and wrote their openings in my journal. Sometimes a line, sometimes a paragraph. I asked, Why? Why that sentence length? Why that comma? Why that dependent clause?

Annie Dillard in The Writing Life: “When you write, you lay out a line of words.”

Stephen King in On Writing: “In the early nineties (it might have been 1992, but it’s hard to remember when you’re having a good time) I joined a rock-and-roll band composed mostly of writers.”

Myriam Gurba in Mean: “Let’s become a spot upon which fateful moonlight shines.”

Mary Karr in The Liars’ Club: “My sharpest memory is of a single instant surrounded by dark.”

Kate Zambreno in Heroines: “She was supposed to fuck a god high up on his mountaintop, but she refused.”

J.D. Daniels in The Correspondence: “A couple of years ago, I joined one of those clubs where they teach you how to knock the shit out of other people.”

Amy Fusselman in 8: “Events in time are not—boom—over.”

When I wrote these openings consecutively, it was like putting hands on centered clay. I heard their music. Dillard creates a loop-dee-doo sort of rhythm with the sentence following the comma. We know we’re in for a ride with King, and there may be many detours along the way. Gurba invites us into her memoir, and Karr centers her narrative on an important moment she will return to again and again. Each of these writers knows how to construct their sentences to communicate their voice and rhythm, and ultimately, their meaning. 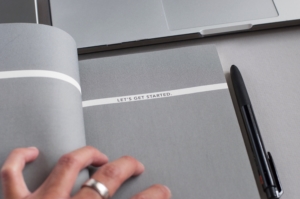 Photo by David Iskander via Unsplash

We each have unique problems that crop up as we write, but we all can improve some similar things. I’ve listed a few here.

William Zinsser says: “Beware…the long word that’s no better than the short.” “Presently” (soon), “numerous” (many), “referred to as” (called), “experiencing, attempt” (try), “remainder” (rest), and others are problems. In the previous examples, weaker expressions have replaced the stronger words listed in the parentheses. Casagrande says drop weighty expressions like “in addition to” and “the fact that.” Ditch qualifiers like “a bit” and “sort of.” “It is interesting to note'” and “I might add” clog up writing too. Other flabby sentences contain cluttered figures of speech like “in terms of,” “he/she is a man/woman who,” and “the exact same.” There are more.

Writing has rules. Rules are made to be broken. My philosophy falls in the middle. Rules become guidelines when you know them but purposefully and effectively disregard them. Strunk and White’s The Elements of Style covers, really, everything you need to know. I encourage you to buy it (I annotated mine), but a copy is floating around the internet. I applied each lesson to a story I was editing, each time refining my draft. This is tedious but necessary work. Try it. A draft around 1,500–⁠2,000 words should do it. You want one long enough to show various errors (the more, the better). Depending on how much you must learn, this could take a long time, so you also want one you can finish. Finishing an entire draft heals the soul. The good thing is doing this once generally solidifies the knowledge. Though I still make some writing mistakes, I’m better than before, and that’s what counts.

Some years ago, my students wanted an online resource that listed all the punctuation marks and their uses, and I wanted to learn how to break some rules. I found The Punctuation Guide. This website provides a brief reference. I didn’t know the rules of the three hyphens/dashes. I didn’t know how to use semicolons and braces. Up to that point, I’d stuck with the basics: periods and parentheses. Now I question the punctuation authors use, especially those choices the rule-breakers make. Knowing punctuation has helped me write prose that sounds like me. And I’ve started to understand how to create that infamous flow. There’s so much more to learn, though. There are great grammar books that delve deeper into this topic. Photo by Hannah Grace via Unsplash

This isn’t an exhaustive list of suggestions. But it’s a start. Writing, like ceramics, takes a hands-on approach. I’m always burned when I hear a writer say, “I’ll just get someone to edit my writing.” It’s one thing to call on an expert for advanced guidance. Getting a trusted, professional editor is a must for any serious writer. But flippant disregard for the craft, rejecting the hard work it takes to write well, will only hurt a writer in the long run. In this case, correlation does equal causation. Lazy sentence writing translates to lazy world-building, lazy character development, lazy plot development. Maybe those are the “bad” writers Stephen King had in mind.

But there’s hope for the rest of us.

Great writers can develop from good ones. But the question is: Are we hungry for it? Are we willing to get in there, get our hands dirty, and do the work it takes to write well? To ask: Do I love each sentence I’ve written? Because if we are, if we respect the craft, I believe the craft will respect us. A.D. Russ received her BFA in Creative Writing from UC Riverside and she is an MFA candidate at Antioch University. Her work has appeared in UC Riverside’s Mosaic Art and Literary Journal and in Endurance News. She resides in California where she teaches, blogs for Lunch Ticket, and is working on her memoir. Twitter: @TheWritingRuss / Web: https://ashleydruss.com/